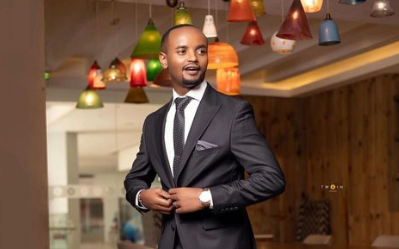 Youtuber Kabi wa Jesus has stated that he may make his debut into radio if the conversations he has been having with stakeholders take up.

Addressing his audience on his family’s YouTube channel, Kabi revealed he has been in contact with a radio station regarding hosting a morning program and will announce whether he has been hired or not.

The couple also disclosed that they would soon be relocating to their newly constructed home, which would be close to the child’s future school as well as a neighborhood where they may play.

They added that the process of construction had not been simple and that they had often been needing to take rest before continuing.

The online couple has also been pressurized by fans to reveal the identity of their daughter but they said that they would hold off on revealing the her face as it is the only thing the world doesn’t know about them and their family.

“I was approached by a radio station and we have been in talks for a possible morning show on radio, so if we come into an agreement I will be going to radio.

We want to move close to the school where we want to take Taji. Where we live the kids are not active outside so I want a place that has a community set up.

Construction is not easy, this is a process that takes time and we have been forced to take breaks for different reasons, one reason was the birth of our daughter which forced us to a slight break to focus on her.” He said.