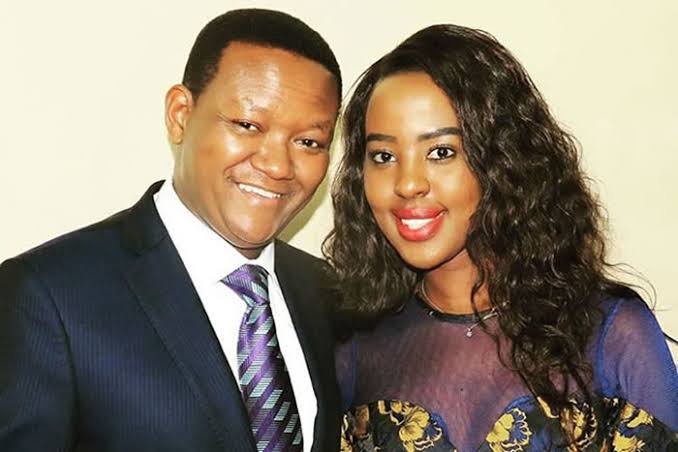 “We remain friends”, Alfred Mutua’s wife says after announcing breakup with the Governor

Lilian Ng’ang’a, the former first lady of Machakos county, and wife of Machakos Governor Alfred Mutua has taken to social media and announced her breakup with the Governor.

In a statement uploaded on her social media platform, she said she is no longer together with her husband so people should stop referring to her as the first lady of Machakos County.

” Winds of change blew my mind and two months ago, I decided to end my long-term relationship with Dr. Alfred Mutua. We had a good run and I am forever grateful to God he brought us together. we remain friends. with this, I put down the Machakos first lady cap and what an honor it has been to be of service” Lilian said.

This comes few months after her husband was involved in a scandal aired through blogger Edgar Obare who had posted on his Insta stories of a girl who claimed to be in a relationship with the governor at that time. The girl claimed they were in a secret relationship with Dr. Alfred Mutua even giving proof of their relationship with WhatsApp chats and how they planned to meet.

The governor refuted the claims and said it was a big lie which put the blogger in big trouble as afterwards he was even arrested, due to claims by the girl that she was paid by him to lie.

Lilian giving out a statement that they are no longer together raises heads as to if it was true that he had cheated on her , as people would want to know what caused her to make this decision.