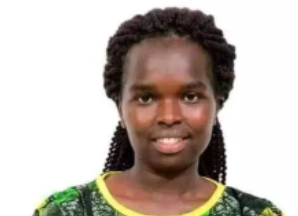 Linet Toto Reveals the Amount Her Parents give her for Campaign.

Linet Toto shocked the political scene after emerging victorious in Bomet‘s elimination race with a 26,000 vote difference from her next competitor. The UDA’s Women Representative aspirant said that she did not come from a well-off family but her parents have always supported her political dream.

Linet also revealed that she has never been employed since her graduation. In a Facebook post, she said she used to work as a casual laborer for a chips vendor in her area after completing her secondary studies to assist her parents with finances.

Her father has been the one funding her campaign by giving her occasional stipends of Ksh 50 or 100, whenever he had the money to enable her to move from one area to another. Despite her humble background Linet managed to overcome the challenges and emerge at the top among several aspirants.

MCAs who supported the BBI against the will of the residents were barred from contesting on a UDA ticket after being voted out at the party primaries.