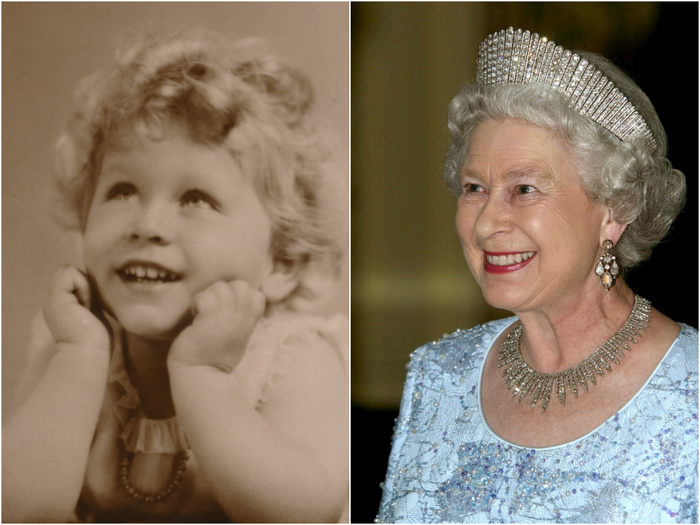 10 Things That Will Happen Once Queen Elizabeth II Dies

10 Things That Will Happen Once Queen Elizabeth II Dies.

The day the Queen dies will be one of the most unforgettable moments in history. The palace has a framework in place for when their beloved queen passes away.

1. The “London Bridge” operation will begin.

Most people have known Queen Elizabeth II for their entire lives.

She is the longest-reigning British monarch at 95 years old, having ascended to the throne at the age of 25 in 1952.

It’s understandable that it’s difficult to imagine what will happen when she’s gone.

Her father died at the young age of 56, but her mother lived to be 101 years old, therefore longevity runs in her family.

Death, however, is unavoidable, and there are meticulous measures in place for Elizabeth’s passing, as is the English way, to ensure the issue is handled elegantly, politely, and with the pomp and ceremony the Queen deserves.

The plan is known as “London Bridge,” according to the Guardian.

Following her father’s death in 1952, the young Elizabeth Alexandra May Windsor was crowned Queen Elizabeth II.

Her coronation – an event of ultimate pomp and ceremony that hailed the beginning of a new Elizabethan Age, as inhabitants around the world emerged from the shadows of war into an age of confidence and prosperity – took sixteen months of meticulous planning.

2. The throne will be inherited by Charles.

“There are really two things happening,” one of Charles’ advisers told the Guardian.

“There is the demise of a sovereign and then there is the making of a king.”

Several ceremonies will be performed in order to firmly establish the new monarch’s status.

On the evening of the Queen’s death, Charles is due to give a speech to the people.
At 11 a.m. the next day, Charles will be declared King and will take an oath known as the accession statement.
Heralds will read a proclamation across the city, trumpets will blast, the flag will be re-raised, and cannons will fire in a royal salute.

The coronation, on the other hand, will not take place for several months to allow for a period of grief and preparation for the ritual.

3. Words  will be spoken in codes.

Following the news from the Queen’s doctor, the Queen’s private secretary – presently Edward Young – will call the Prime Minister, currently Boris Johnson, and say “London Bridge is down.” according to the Guardian’s investigation.

The Foreign Office of the United Kingdom will then contact the 15 states in which the Queen is the head of state, as well as the 36 Commonwealth nations, an association of autonomous former colonies in which she remains a symbolic figurehead, to inform them of the sad news.

4. The British National Broadcaster(BBC) will stop all programming.

All programming at the national broadcaster will be halted and they have to be the ones announcing the news.

No media outlet is given the right that cannot be given to any other broadcastor.

The senior news journalist will dress in black and start the news by saying, ‘It is with great sorrow we make the following announcement.’

When the Queen Mother died in 2002, a BBC newscaster who wasn’t adequately informed was criticized for wearing a maroon tie instead of a black one.

The deputy editor of The Guardian has a list of prepared stories for the Queen’s death pinned to his wall, according to The Guardian.

As dismal as it may sound, it only makes sense to be prepared – and the British press’s coverage of the Queen’s death is even more critical.

News stations have already lined up royal experts to go live on television.

Over the years, the royal family has received numerous awards. They’ll now be transformed into the wildly popular Funko vinyl figures.

5. Modern and old ways will be used to relay the message.

Everyone else in the UK and around the world will find out once the truly important people know – you’ll probably remember where you were when you heard the news for the rest of your life.

The Guardian says that a news release will be sent to all media outlets at the same time.

At the same time, a footman dressed in mourning garb will place a black-edged notice on the gates of Buckingham Palace, as is customary.

The royal family’s official website will also display the announcement on its homepage at the same moment.

All of this must come together perfectly to ensure that no false information is spread.

6. The bells will ring forth.

The ceremonial rituals for which the British have become renowned for will begin in London.

Flags will be flown at half-staff. Church bells will ring throughout the city.

The famed tenor bell of Westminster Abbey, which is rung in the event of royal deaths, will be heard; nevertheless, Westminster’s bells will be muffled, as they are on most solemn occasions.

The Great Tom of St. Paul will also chime. Businesses, theaters, and certain sporting events are likely to close or be canceled as a result.

As the nation starts a ten-day period of mourning before the burial, people will begin to assemble outside Buckingham Palace.

Because the Queen is the head of state, the government will be involved.

Prince Charles will become King at the moment of her death, but all members of parliament will meet to swear allegiance to the new king to guarantee a peaceful transition.

This was likewise done in the hours following the death of Elizabeth’s father, King George VI, in 1952.

8. If the Queen is outside London.

According to the Guardian, if the Queen dies while on vacation, the Royal Air Force will send a coffin with royal undertakers to fly her back to the United Kingdom.

If she dies outside of London, as as at her Norfolk estate Sandringham House, her body will be transported by automobile to Buckingham Palace, where she will be put in the throne room and guarded by four Grenadier Guards (the ones who wear the big bearskin hats and red coats).

9. If the Queen is at Balmoral Castle.

The scenario will be most problematic if the Queen passes away while staying at Balmoral Castle in Scotland, where she spends her summers and where Scottish traditions will be performed after her death.

She would be transported to Edinburgh’s Holyroodhouse, carried up the city’s Royal Mile to St. Giles Cathedral for a service, and then placed on the Royal Train to London.

As the train passes by, her subjects will most likely gather along the path to throw flowers and show their respects.

10. Charles will choose his reign name.

When a British monarch ascends to the throne, they are free to choose their own title.

King George VI, Queen Elizabeth’s father, was born Prince Albert and was known as “Bertie,” but he selected the name King George in honor of his father, King George V.

Because Elizabeth’s birth name is Elizabeth I, another of England’s legendary queens, she had an easier time deciding.

The first two King Charles were associated with the English Civil Wars which led to the speculation that Charles might select a new name – maybe George after his grandfather or Philip after his father.

However, it’s likely that Charles will retain his given name and become King Charles III.

Although there has been some discussion concerning Charles’ wife’s title, it is likely that she will be known as Queen Camilla.