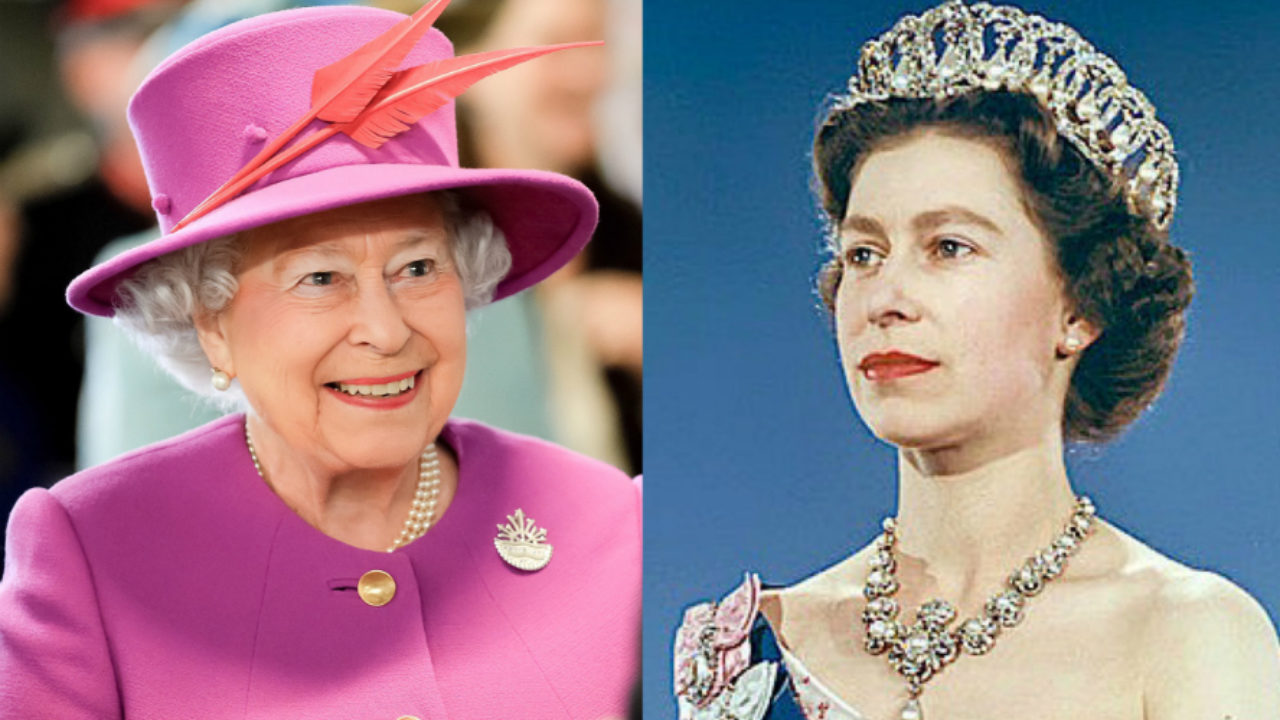 Queen Elizabeth II of the United Kingdom is the country’s longest-reigning monarch. With her Sapphire Jubilee in February 2017, she marked 65 years on the throne.

Queen Elizabeth II was crowned on June 2, 1953, after becoming queen on February 6, 1952. She is the grandmother of Princes William and Harry and the mother of Prince Charles, the successor to the throne. She has endeavoured to make her reign more modern and sympathetic to a changing public while upholding the crown’s traditions as the longest-serving monarch in British history.

Most people did not realize Elizabeth would one day become Queen of the United Kingdom when she was born. Elizabeth, also known as Lilibet, was able to spend the first decade of her life with all of the benefits of being a royal without the stress of being the heir apparent.

Elizabeth’s father and mother split their time between a London home and Royal Lodge, the family’s residence in Windsor Great Park. Tutors educated Elizabeth and her younger sister Margaret at home.

French, mathematics, and history classes were offered, as well as dance, singing, and painting lessons.

When World War II broke out in 1939, Elizabeth and her sister were evacuated to Windsor Castle and generally kept out of London. She went on to make the first of her famous radio broadcasts in 1940, this one consoling British youngsters who had been evacuated from their homes and relatives. “In the end, all will be well; for God will care for us and give us victory and peace,” the 14-year-old princess assured them, displaying her calm and steadfast demeanor.

Elizabeth soon began to take on additional public responsibilities. Elizabeth made her first public appearance inspecting the troops in 1942, when her father appointed her colonel-in-chief of the Grenadier Guards. She began joining her parents on official tours throughout the United Kingdom.

Elizabeth enrolled in the Auxiliary Territorial Service in 1945 to aid in the war effort. She studied to be an experienced driver and mechanic alongside other British ladies. While Elizabeth’s voluntary job was just for a few months, it gave her a look into a world other than the royal one. On Victory in Europe Day, she and Margaret were allowed to mingle anonymously among the citizens, giving her another unique experience outside of the monarchy.

When Elizabeth’s grandfather, George V, died in 1936, his eldest son, Edward VIII (Elizabeth’s uncle), ascended to the throne. Edward, on the other hand, was head over heels in love with American divorcee Wallis Simpson, and he had to choose between the throne and his heart. In the end, Edward shirked the throne in favor of Simpson.

At the age of 27, Elizabeth was crowned Queen Elizabeth II in Westminster Abbey on June 2, 1953.

When her father, King George VI, died on February 6, 1952, Elizabeth took over the reigns of the monarchy. The coronation ceremony was broadcast live on television for the first time, allowing people all around the world to watch the pomp and grandeur.

On November 20, 1947, Elizabeth married her distant cousin Philip Mountbatten (a surname adopted from his mother’s family) at Westminster Abbey in London.

When Elizabeth was just 13, she met Philip, the son of Prince Andrew of Greece. From the beginning, she was smitten with him. Over the years, the two remained in touch and eventually fell in love.

They were an uncommon couple. Philip was exuberant and opinionated, but Elizabeth was shy and reserved. While Mountbatten had ties to both the Danish and Greek royal families, her father, King George VI, was hesitant about the match because he didn’t have a lot of money and was thought to have a gruff attitude by some.

Great Britain was still recuperating from the scars of World War II at the time of their wedding, and Elizabeth used clothes coupons to buy fabric for her gown.

Her mother and Prime Minister Winston Churchill lobbied for the family to take the name Windsor, which irritated her husband. In 1960, Queen made a U-turn, ordering that her descendants who did not have royal titles (or who needed last names for legal reasons like weddings) take the surname Mountbatten-Windsor. Philip’s off-the-cuff, inflammatory comments and speculations of possible infidelities have caused several public relations issues over the years.

Elizabeth and Philip didn’t waste time in having a child: Charles was born the year after their wedding, in 1948, and daughter Anne was born in 1950. Andrew and Edward, Elizabeth’s boys, were born in 1960 and 1964, respectively.
She made Charles her official successor by bestowing the title of Prince of Wales on him in 1969. The ceremony was broadcast live to hundreds of millions of people around the world.

Charles married Diana Spencer (better known as Princess Diana) in 1981, when he was 32 years old. Later, reports surfaced that he was forced into the marriage by his family. The wedding drew huge crowds to London’s streets, and millions tuned in to watch the ceremonies on television. At the period, public opinion of the monarchy was particularly high.

Prince William, who was named Duke of Cambridge upon his own marriage in 2011, second-in-line to the throne, and Prince Harry, Elizabeth’s grandchild, were born to Charles and Diana in 1982 and 1984, respectively. Elizabeth has established herself as William and Harry’s adoring grandmother. She provided important help and guidance to Prince William and Kate Middleton as they prepared their 2011 wedding, according to Prince William.

On July 22, 2013, Elizabeth’s grandson William and his wife Catherine, the Duchess of Cambridge, welcomed their first child, George Alexander Louis, who will be known as “His Royal Highness Prince George of Cambridge” in the future.

Princess Charlotte Elizabeth Diana, the queen’s fifth great-grandchild, was born on May 2, 2015, to William and Kate. Their third child, Prince Louis Arthur Charles, was born on April 23, 2018.

With the birth of their son, Archie Harrison Mountbatten-Windsor, on May 6, 2019, Prince Harry, Duke of Sussex, and his wife, Meghan Markle, gave the queen another great-grandchild. Their daughter was born on June 4th of 2021 and named after the Queen’s nickname ‘Lilibet’ and the Late Princess Diana, Lilibet Diana Mountbatten-Windsor.

The Duke and Duchess of York were Elizabeth II’s father and mother. Her father, Prince Albert, Duke of York, was Queen Mary’s and King George V’s second son. Lady Elizabeth Bowes-Lyon was her mother.

Elizabeth has links to the majority of Europe’s kings. Queen Victoria (reigned 1837–1901) and King George III are among her British predecessors (ruled 1760 to 1820).

Elizabeth’s long and mostly peaceful reign has seen significant changes in the lives of her people, in the strength of her country, in how Britain is viewed abroad, and in how the monarchy is regarded and portrayed. Elizabeth does not comment on political issues or expose her political beliefs as a constitutional monarch. She does, however, meet with her prime ministers on a regular basis.

After WWII, Britain still possessed a sizable empire, dominions, and dependencies when Elizabeth became queen. However, several of these territories gained independence during the 1950s and 1960s, and the British Empire became the Commonwealth of Nations.

As the Queen of the Commonwealth and a representative of the United Kingdom, Elizabeth II has visited a number of countries, including a ground-breaking trip to Germany in 1965. She was the first British queen to pay a state visit to the country in almost 50 years.

Elizabeth continued to travel widely in the 1970s and 1980s. She attended the Commonwealth Conference in Ottawa, Canada, in 1973, and the 200th anniversary celebration of America’s independence from Britain in 1976 in the United States. She was in Montreal, Canada, opening the Summer Olympics less than a week later. She traveled to Kuwait, Bahrain, Saudi Arabia, Qatar, the United Arab Emirates, and Oman in 1979, gaining international recognition and admiration.

In 1982, Elizabeth was concerned about her second son, Prince Andrew, who fought in the British Royal Navy as a helicopter pilot during the Falklands War. Argentina and the United Kingdom went to war over the Falkland Islands, which lasted many weeks. Despite the fact that more than 250 British soldiers died in the fight, Prince Andrew returned home safely, much to the relief of his mother.

When Elizabeth became the first British queen to visit the Republic of Ireland since 1911 in 2011, she demonstrated that the monarchy still has symbolic and diplomatic significance (when all of Ireland was still part of the United Kingdom).