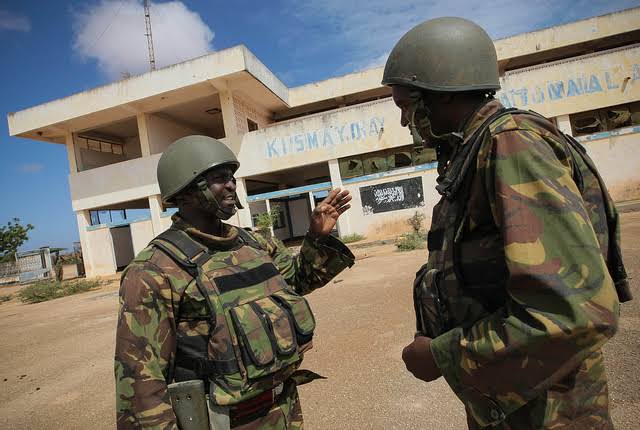 An online bodaboda operator escaped the wrath of a military man who pulled a gun and sprayed him with countless bullets. The incident happened in Syokimau’s White house estate when the boda dropped the man’s daughter at his home.

Wycliffe Atendo had received a request by the daughter outside a pharmacy, along Kimathi street to drop her in Syokimau. Little did he know what awaited him at his destination.

The two arrived at the compound of the accused but before the daughter could pay Mr. Atendo, they were ambushed by the enraged military who started beating his daughter mercilessly as he pulled her into the compound.

The incident did not end there as the man decided to turn to the boda guy and pulled a gun where he showered bullets on him making him run for his life.

Mr. Atendo then headed to Syokimau police station where he gave a statement on the occurrences,  which led to the arrest of the military doctor. It was established that the accused had in possession a glock pistol and 42 rounds of 9mm caliber.

The military man was handed over to military police for further discipline in accordance with military law.