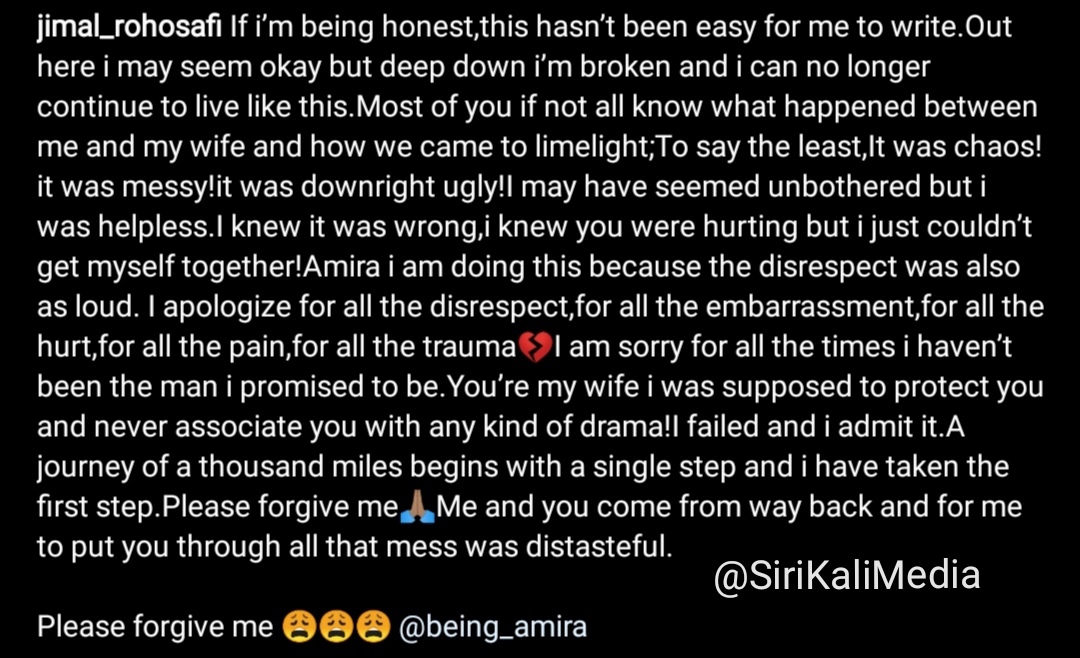 Businessman Jimal has finally decided to go public and apologize to his wife of many years Amira. The two were caught in a love triangle with socialite Amber Ray which led to their breakup.

Jimal took to his Instagram and uploaded Amira’s photo with a caption begging for forgiveness.

If I’m being honest, this hasn’t been easy for me to write. Out here I may seem okay but deep down I’m broken and I can no longer continue to live like this. Most of you if not all know what happened between me and my wife and how we came to the limelight; To say the least it was chaos! It was messy! It was downright ugly! I may have seemed unbothered but I was helpless. I knew it was wrong, I knew you were hurting but I just couldn’t get myself together! 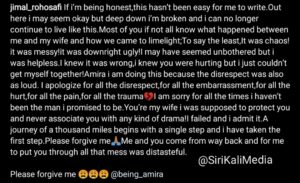 Amira had previously gone to the Khadhi’s Court to file for divorce. She did not say how Jimal disrespected her. She could not take any more of Jimal’s behavior which was a show of disrespect as they were legally married. Jimal at one point wished Amber a happy birthday on his Insta account.

Jimal is also known for having several extramarital affairs. His most famous being the one with Amber Ray where they allegedly got married.

Video evidence shows how he brought another woman into his matrimonial home while Amira was away. He even took the woman to the bed he shares with Amira. Not forgetting he has kids outside marriage.