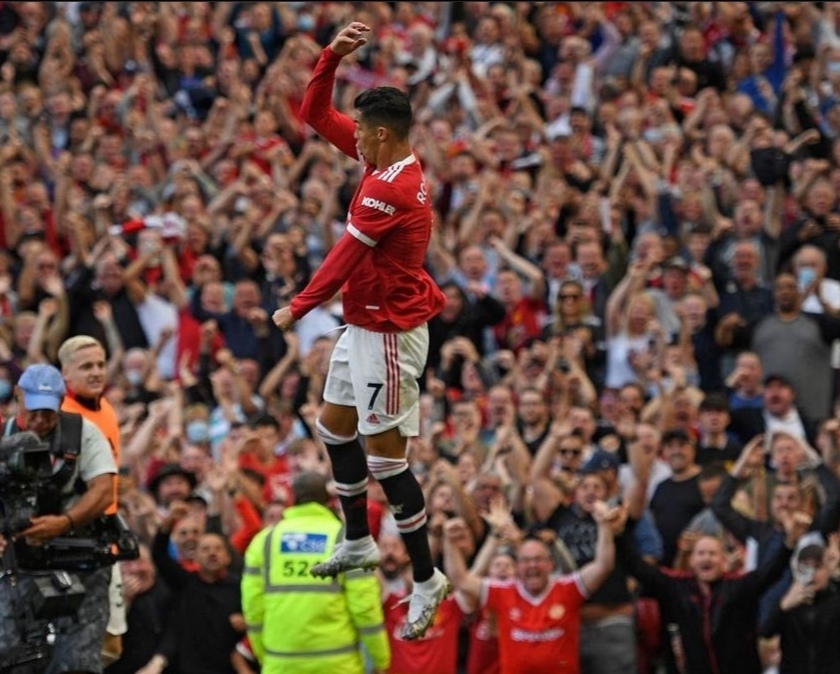 Christiano Ronaldo’s much anticipated debut at his old football club Manchester United was witnessed yesterday by fans from all over the world. It goes without saying that the football star displayed a wonderful performance by scoring two goals to the excitement of many.

However, Ronaldo did not have it all easy at the match against Newcastle United as a banner which was written, “#Believe Kathryn Mayorga” was flown above the Old Trafford stadium.

Kathryn Mayorga is the woman who accused Ronaldo of rape 12 years ago, at a Las Vegas hotel. After the hearing of the case in 2019, a verdict was made where a US prosecuter ruled that Ronaldo would not face any charges.

Ronaldo is alleged to have raped Mayorga in 2009 few weeks before his move to Real Madrid. The two were together at a night club, Rain that has now been closed. He invited her to his suit after the night where he allegedly assaulted her. Ronaldo has denied the claims to date.

The Level up community took to Old Trafford to relay their message through a banner attached to a plane. The message was meant to inform football that the rape allegations cannot be thrown out of the pitch, and in turn show support for Mayorga. The much publicized debut of Ronaldo to Manchester United provided a good space for them to air their grievances.

Mayorga had filed the claims the day after the incident to the police and chose not to give her name nor the name of the accused. She then went ahead and started civil proceedings after hiring a lawyer.

The case came out to the public in a German newspaper Der Spiegel, through their Football leaks exposé, accompanied with documents containing details of the incident.

A document from the leaks claim Ronaldo said that Mayorga had said no and told him to stop several times. It also said that he apologized afterwards, claims that Ronaldo’s legal team said was completely fabricated.