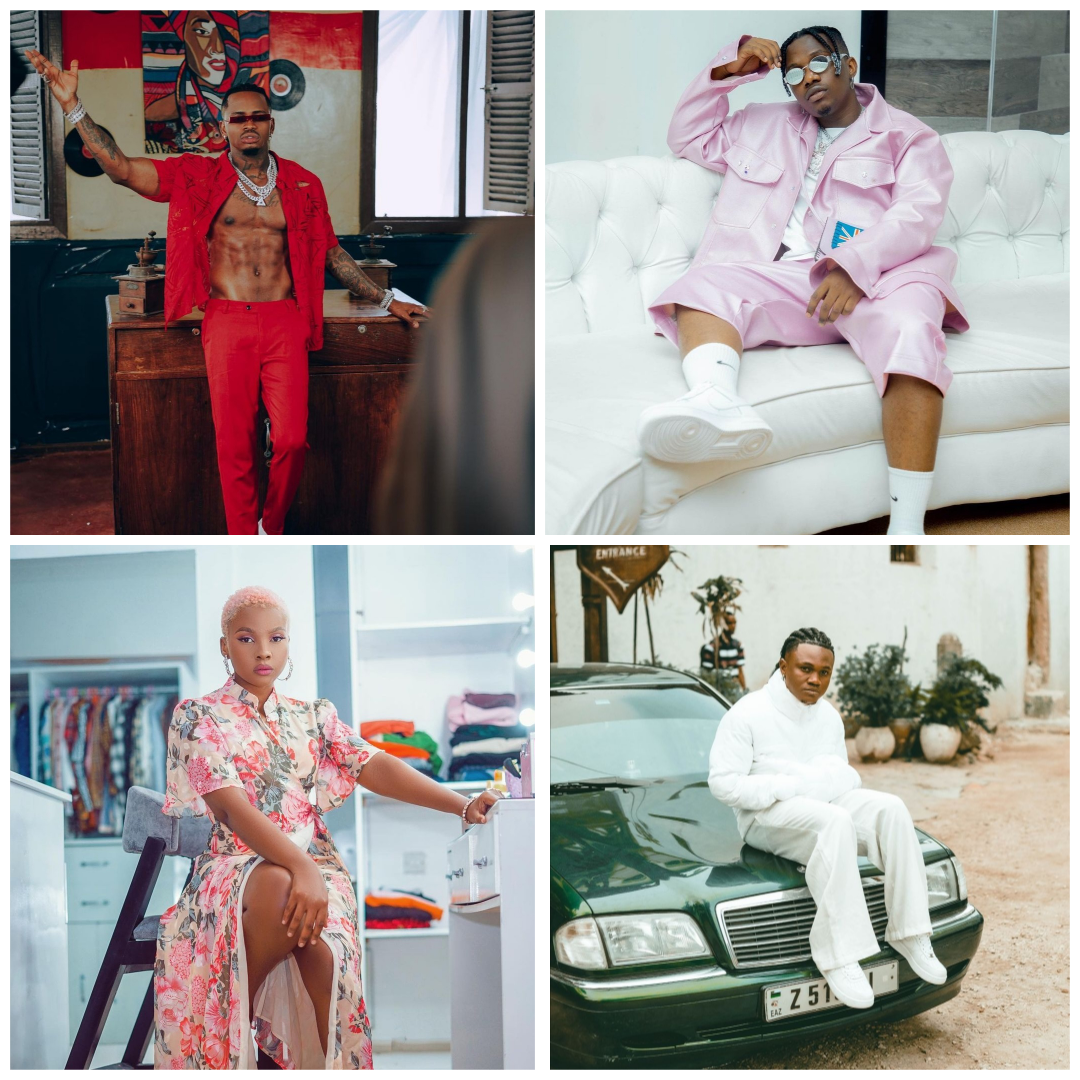 You will be amazed at how Tanzanian artists accumulate most of their YouTube views, and subsequently earnings from their neighboring country Kenya.

Diamond Platinumz recently revealed  that 80% of his views are from outside Tanzania with Nairobi topping the list. The views Diamond gets from Nairobi alone surpass the whole of Tanzania.

Moving on to other artists under the Wasafi Record Label. Rayvanny has most of his views from Kenya with Nairobi leading the list of Cities with the highest audience.

The views on Rayvanny’s YouTube channel are topped by Kenya at 112 million, which is two times more views than the whole of his home country Tanzania, which sit at just 59 million views. 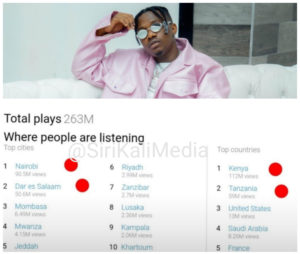 Mbosso is another top Wasafi artists who wrecks in a massive 76.5 million views from Kenya, as opposed to the 36.6 million views he garners in Tanzania.

Nairobi of course tops the list of Cities with most views at 60.3 million, which is twice the number of views he gets from the whole of Tanzania. Amazing right! 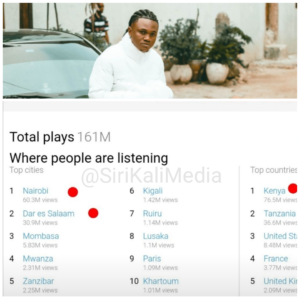 On to the first female artist signed under Wasafi Record Label, Zuchu from Zanzibari.Zuchu has been in the music industry for just a year and has seen tremendous growth that cannot be compared to any other female artist in East Africa.

In Zuchu’s one year on YouTube her views from Kenya are impressive. From Nairobi alone she gets more views than the whole of Tanzania at 69.1 million. From the whole of Kenya she boasts of 86.6 million views which is 24.1 million views more than Tanzania. Well. 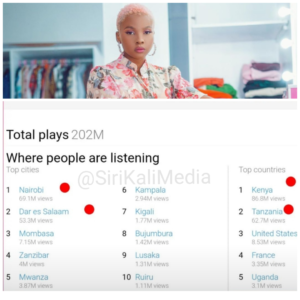 It has been a trend on Tanzanian artists YouTube charts to witness more views especially from Nairobi, which exceed the whole of their country, let alone views from Kenya as a whole.

If only this views could be translated to Kenya’s own while supporting fellow international artists, Kenya would have a blossoming music industry.