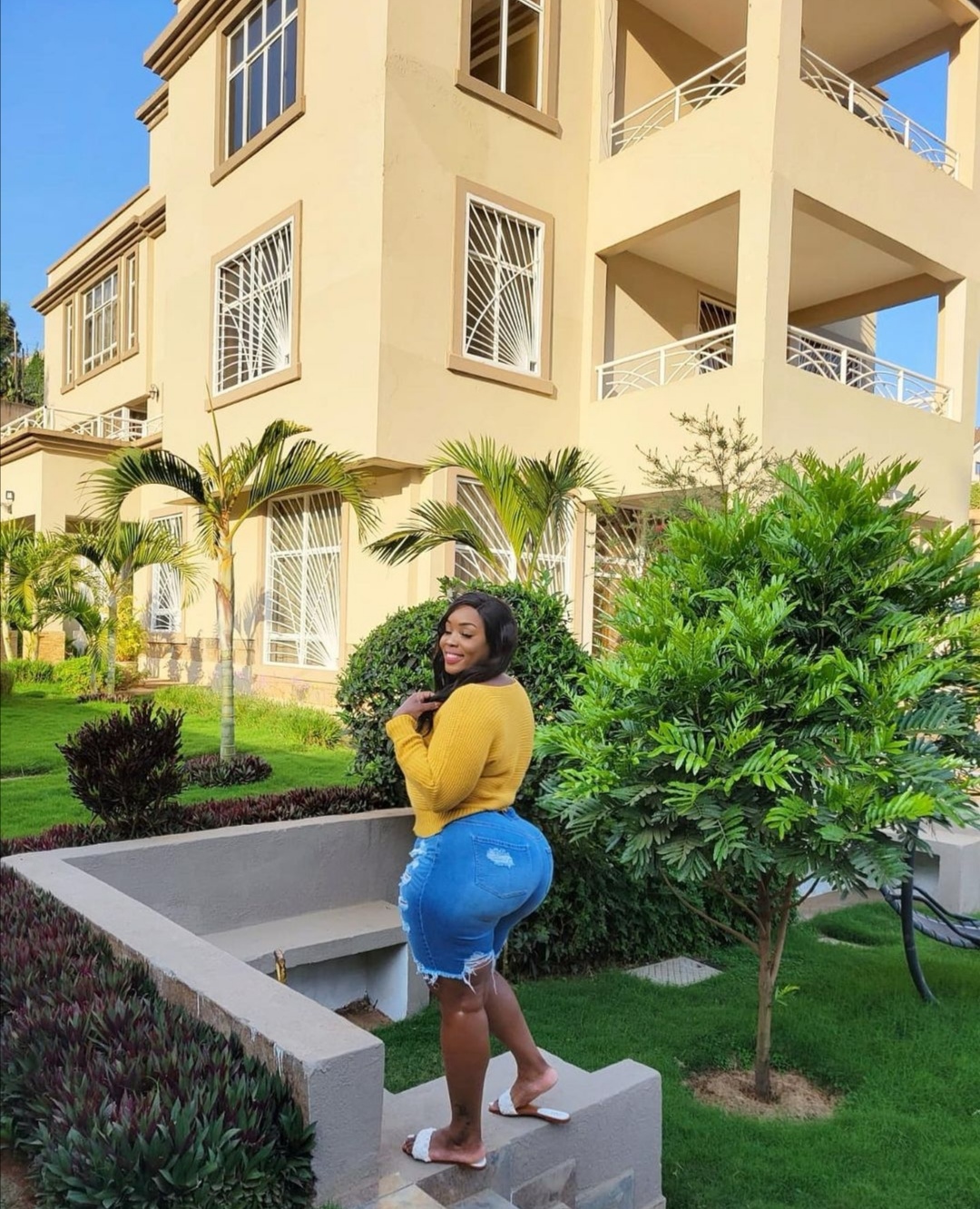 Socialite come business woman Risper Faith yesterday decided to give a glimpse of her multi-million Ksh home located in Kitisuru. The bold business woman has not kept it a secret that the mansion was built for her by her mother-in-law who resides in the United States.

Risper faith got married to Brian few years ago and has been in a blossoming marriage with her husband with whom they share a son. She uploaded a short video to Instagram reels and captioned it, “Thank you God for everything,” with the hashtags; marriage, homeowner and saturday.

She recently revealed that the mansion built for her is in her name and her son’s name, which makes her a homeowner. The response was directed towards haters who came for her after finding out that the money used to build the house came from her mother-in-law and not her husband.

People were of the opinion that the house could be taken from her at any time as it did not belong to her.  She just wanted to assure them who the house belongs to.