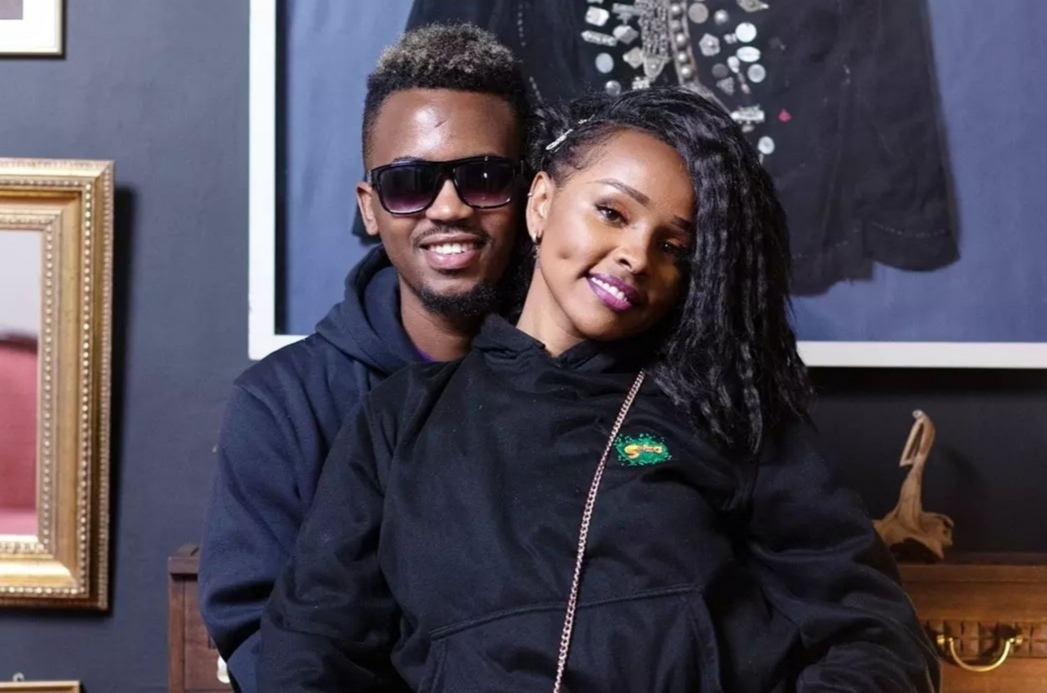 Sioni ka tutarudiana: Weezdom on his break-up with Mylee staicey

Few days ago, Gospel artist Weezdom sparked speculations after uploading a post on his socials holding another girl. 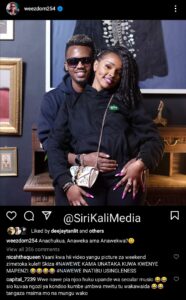 The post raised questions with people asking where his longtime girlfriend Mylee Staicey was.

Well, the Gospel artist just confirmed that the two broke up  2 months ago. 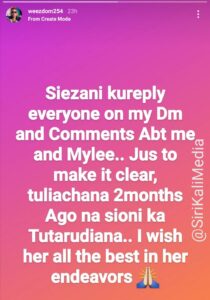 Mylee allegedly had an affair months ago with dancer Ezrafbi, who was also in a relationship, which led to Weezdom being trolled for  ‘kukuliwa bibi.’

Anyway all the best in his new relationship.