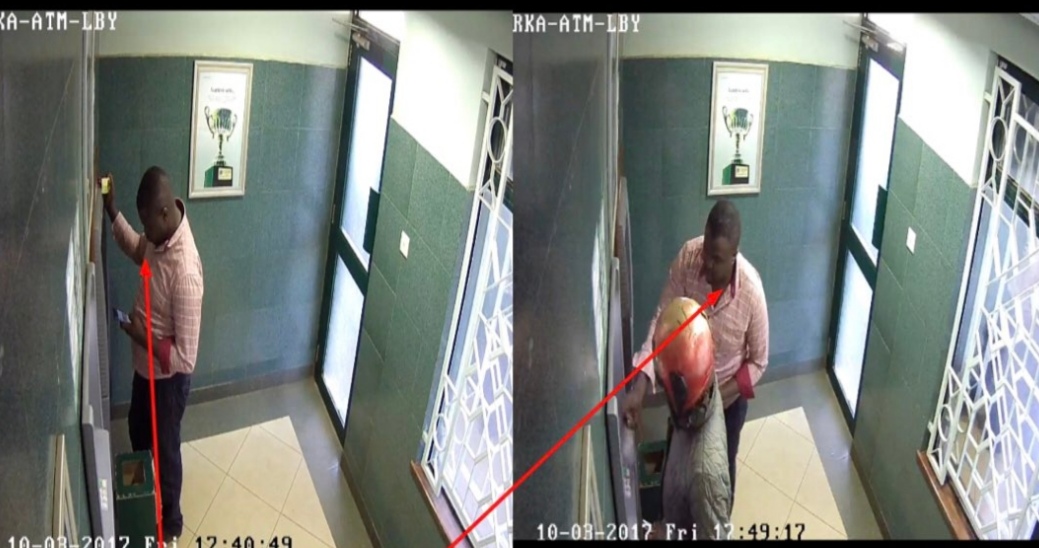 Samuel Mugo at an ATM

The criminal life of The late Samuel Mugo has been unraveled including how he lured unemployed youth to aid his scamming business empire.

Mugo would pose as a government official on the hunt for job seekers. This persona got him over 100 desperate youth in Meru who gathered after being promised employment opportunities.

He used the Lamu Port construction and Mau Mau road as props and bought each of them Nyama Choma accompanied with their favorite drinks. Mugo would then go on and convince them to get new SIM cards and three bank accounts each, whose ATM card he paid for.

Afterward, he would instruct the unsuspecting youth to register for mobile banking and use 1212 as their pin, and collected their SIM cards which he promised would be taken to the national treasury where their salaries would be processed.

The well fed and happy youth would do as instructed and lay low if they wanted to secure jobs. This would be the last time they see this ‘government man.’

None of the hundreds of youth said anything until some were arrested for fraudulent transactions of thousands of shillings. They were later released after detectives realized truly they had no idea about what was happening.

In one day Mugo would transact over a million shillings which enabled him to upgrade his business and recruit University students who would get paid 5,000 shillings for every ‘bank account catch.’

Mugo was well versed with all locations of ATMs without CCTVs where he preferred to carry out transactions. To avoid any tails to him he would introduce himself as a Police Officer.