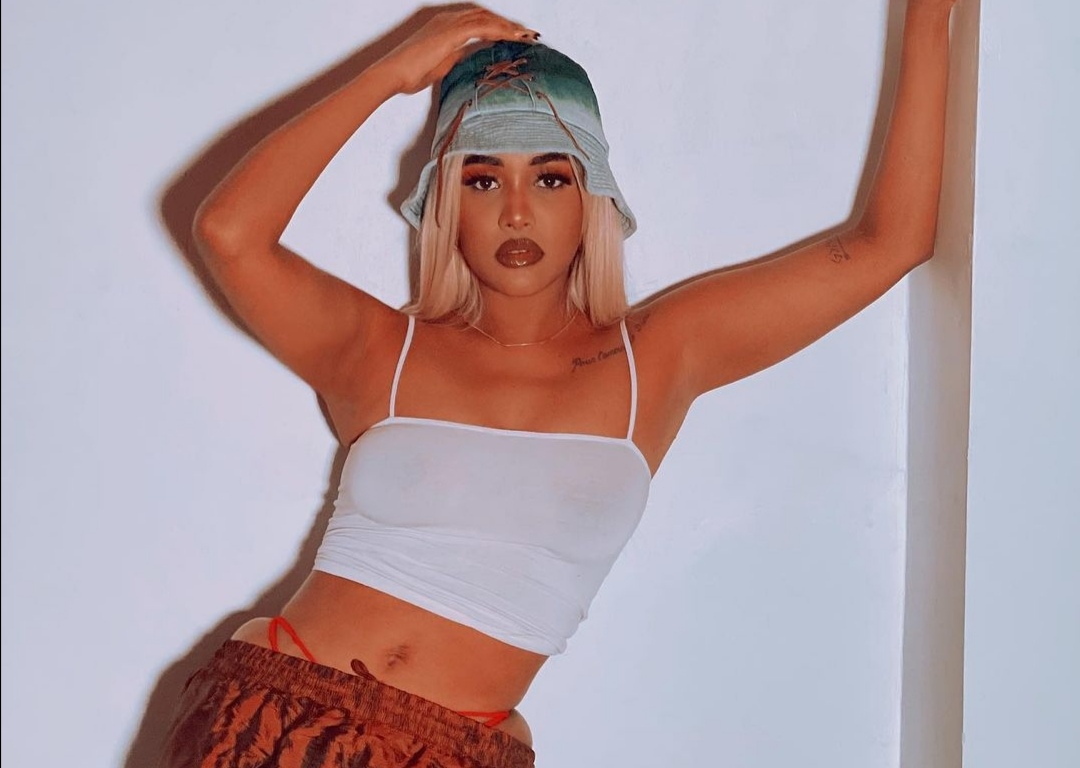 Months ago Tanasha Donna went under the knife and came back with a new snatched body.

However, embarrassing information just came out on what went down for her to get the new body.

Tanasha approached socialite Risper Faith and asked her where she got her(Risper) liposuction done.

Risper Faith would then introduce Tanasha to her doctors.

The deal was Tanasha would get the surgery for free and in return market the platform to her huge social media following.

Things did not go as planned as Tanasha went underground two weeks after the surgery and refused to market the brand.

Long story short the matter is now in court and she is being sued for surgery costs worth Ksh 850k.

Apparently this is not the first time Tanasha is skipping her bills as it has also been revealed that she ran away instead of paying her uber Ksh 300. 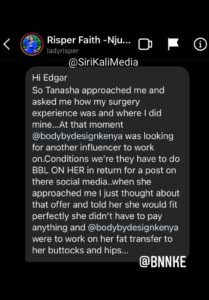 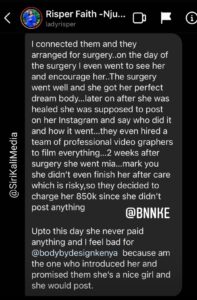 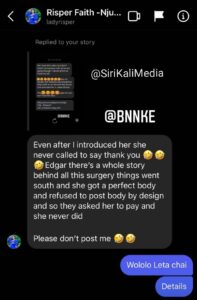 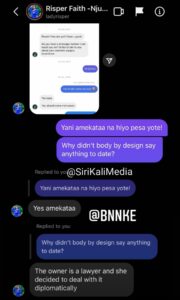