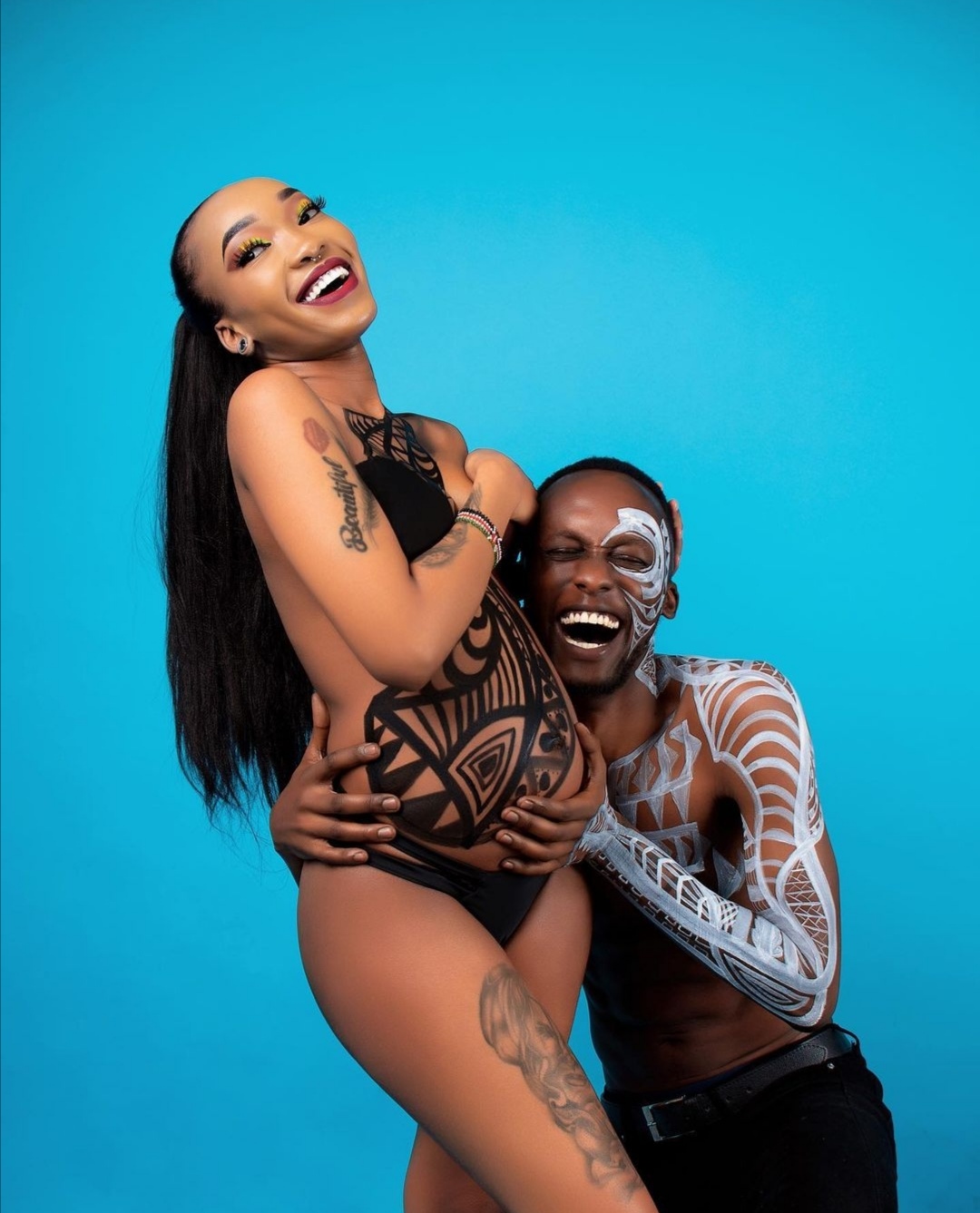 X-Tian Dela surprised his social media followers on Monday with an all new glammed snapshots of his longtime girlfriend’s growing baby bump. X-Tian and his girlfriend Fatma have been dating for a while now exclusively.

Fatma has also been in the entertainment industry for some time now as a video vixen. She got publicity when she starred in King Kaka’s famous hit song ‘Dundaing.’At the moment she has putting her focus in business as evidenced by her posting on her business Instagram page.

X-tian took to his Insta and uploaded the beautiful photos of his girlfriend Fatma Banj’s baby bump, loosely covered up in white body paintings with his hand resting on the seven-month-old bun. The two have been under the radar fir a while until now as no online user had any speculation about their new journey.

X-Tian showered Fatma with praises noting that she brought so much joy in his life further promising to let go of all his former negative ways while still affirming his bid to vie for the parliamentary seat of Westlands. He added a sweet message to accompany the bautuful photo saying,

Can’t believe it’s already 7 months down the line. You have changed me a lot Fatma.

You’ve given me happiness, given me peace, made me laugh, cry, smile challenged me mentally and business-wise, you’ve become a true BEST friend and now you’ve given me the best gift a man can ask for. You’ve made me a DAD.

I’ve turned a new leaf. Clean shave, more mature and focused thanks to you. I’ve let go of all my negative old ways. Apologies to anyone I’ve wronged in the past.

Starting a new chapter focusing on family and politics. I must make Westlands and Kenya better for my baby.

We wish them all the best.