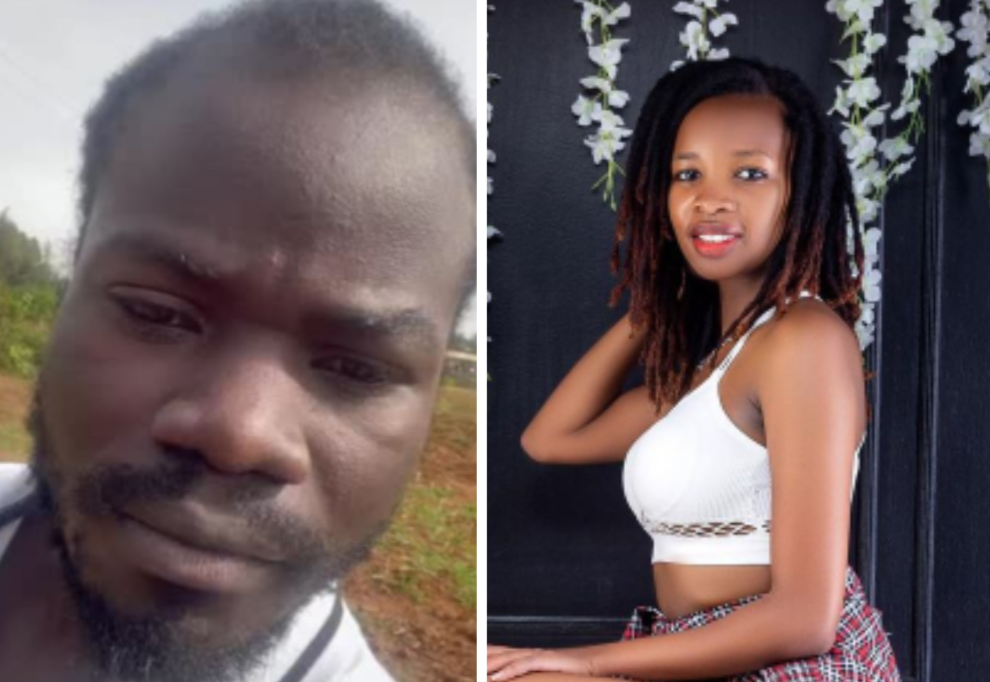 Carol Sonnie Accused of Abortion and Cheating by Ex Mulamwah

Carol Sonnie Accused of Abortion and Cheating by Ex-Mulamwah.

Comedian Mulamwah has not spared any details on why his relationship with Carol Sonnie came to an end.

In his Insta stories, the comedian has spilled beans on awful intimate details of his past relationship with Carol, which no one needed to know.

Mulamwah has accused Sonnie of having a one-year affair during their relationship which resulted in a pregnancy, which he claims was not his. 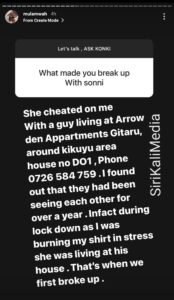 According to him, the first miscarriage that caused their first break up was in fact not a miscarriage, but an abortion. 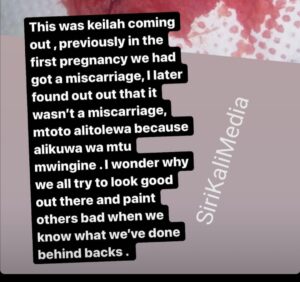 He added that Sonnie procured the abortion to hide the fact that the child was not his.  Mulamwah went as far as posting disturbing images to illustrate how Keilah was born. 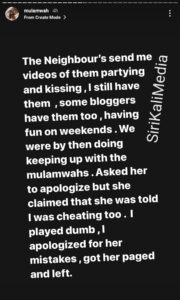 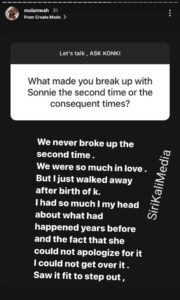