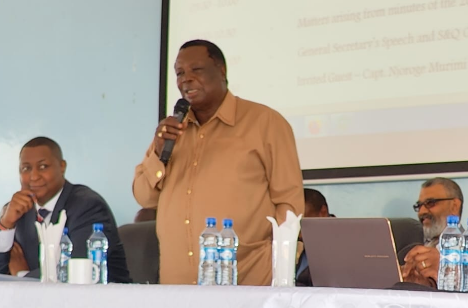 COTU Secretary General Francis Atwoli has sent his Congratulatory message to President-Elect William Ruto. In a tweet uploaded to his platform, Atwoli said;

“During COTU (K) Executive Board meeting on 17th August, we resolved THAT immediately after the Supreme Court judgement, we must thank and congratulate the victor. Consequently, we congratulate President William Ruto. We appeal to workers and Kenyans in general to remain peaceful.”

Atwoli was a major campaigner of the Azimio coalition that saw him throw harsh critics towards the now president-Elect William Ruto. His change of tune began after declaration of the August results where Ruto was declared President-Elect.