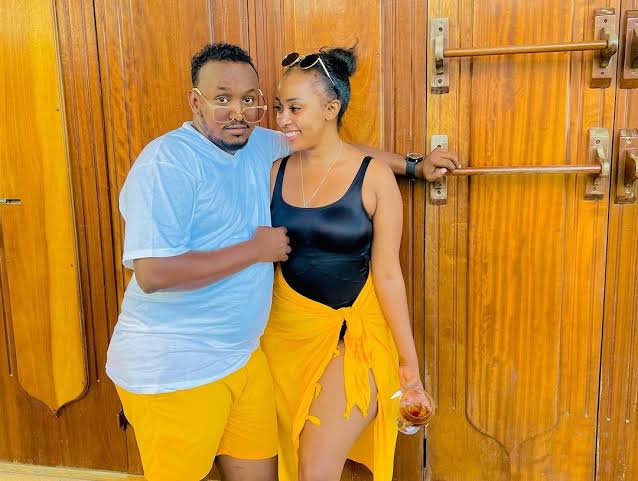 Not so long ago social media was on fire with the drama surrounding Jimal and Amber Ray. Apparently, Jimal had decided to marry Amber without informing his first wife Amira. This made Amira and Amber Ray, who used to be friends to fall out leading to constant shading of each other and in no time they became the center of controversy.

Amira and Jimal had been together since they were teenagers and have two kids together. The friendship between Amira and Amber Ray came to be through their kids but later on, it was discovered that Amber Ray initiated the friendship to get close to Jimal.

Jimal’s religion allows him to marry up to four wives but not considering his first wife Amira in the arrangement of getting her a co-wife is where all the drama began. In an interview, Amira claimed that Jimal could have at least told her about his plans.

The online fight between Amira and Amber revealed a lot of secrets about Jimal and Amira’s marriage as videos emerged of what had been happening in their matrimonial home. In the video shared by Amira, it emerged that Jimal had been bringing another woman to his matrimonial home while she(Amira) was not around. Details followed that they had a child together.

The drama did not stop there as Amira and Amber were involved in a verbal altercation which went down in the estate they lived in. The drama was recorded by the two and other residents and was widely viewed by their huge following.

After the heated argument between the two, Jimal was under heavy criticism and went under the radar for sometime by deactivating his socials. Soon afterwards amber ray, through her response to a fan revealed that she was single. The break up did not come as a surprise to many as their relationship was not a fan favorite.

Two weeks now since the breakup, Jimal has decided to post a message on his Insta stories saying;
“I miss her(my sweet and sour)”
This message has made his online followers to speculate it is dedicated to his ex Amber ray.