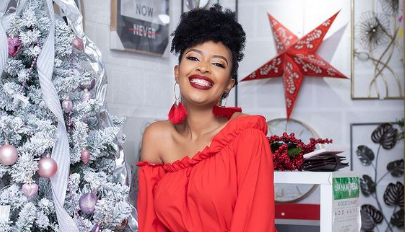 KAMBUA EXITS CITIZEN TV. "LIFE IS ALL ABOUT SEASONS"

Kambua Exits Citizen TV. “Life Is All About Seasons”

Kambua Exits Citizen TV “Life Is All About Seasons.”

Many people were taken aback when Citizen TV news anchor Kambua announced she would be hosting her final episode of the Rauka TV show. The singer thanked her fans, Royal Media Services, and her family for their unwavering support over the years.

After watching a video of memories from the show over the years and being consoled by the Bambika team, she couldn’t hold back her tears. The well-known entertainer expressed gratitude to everyone who contributed to her success.

As she took her bow and said her goodbyes to the Rauka audience, Kambua said life was all about seasons. She also thanked those at Royal Media Services for welcoming her into their homes and for loving, encouraging, and allowing her to speak into their lives. 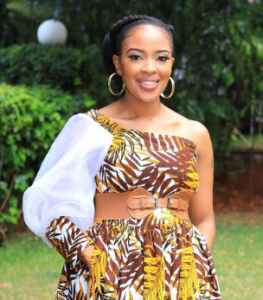 She also appreciated those who helped her along the road at Royal Media Services,the chairman S. K. Macharia, managing director Wachira Waruru, her producers, and the show’s directors. She thanked the studio crew and those who have traveled with her to different locations to minister through the show, as well as her family for allowing her to do the job.

I cannot fail to thank my family who have supported me, my husband Jackson, my son Nathaniel, who have allowed me to be away every Sunday morning thank you. My parents from both sides thank you, my siblings, my friends, I love you so much, she said.

The musician was driven to tears by the presentation of Timeless Noel, DJ Gee Gee, and Laura Karwirwa of the Bambika crew who surprised Kambua with departing presents including a cake, painting, and flowers. They then sent nice words to the musician, thanking her for assisting them on their adventures. They proceeded down memory lane with a film depicting Kambua’s life over the years, as she cried after she saw it all.

The gospel artist had admitted to suffering from Postpartum Alopecia after giving baby in the past, but she expressed no regrets at all. She had made the announcement while posting a nice selfie of herself on Instagram.

My hair before babies. I had no idea what postpartum alopecia was. No regrets though, I wouldn’t trade the ‘inconveniences’ for anything.