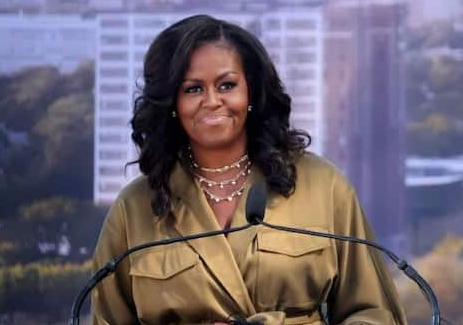 Michelle Obama’s History As She Turns 58

History of Michelle Obama As She Turns 58 Years.

Michelle LaVaughn Robinson Obama was born and raised by Fraser and Marian in the South Side of Chicago Before meeting Barack Obama, Michelle studied at Princeton University before enrolling in Harvard Law School. Many believe work done by Michelle before, during and after her time as the first lady of the United States of America will be told for years to come.

On Monday, January 17, 2022, former US first lady Michelle Obama turned  58 years old and we decided to give you a little bit of her early life.

Michelle LaVaughn Robinson Obama was born to Fraser and Marian Robinson. She grew up in the South Side of Chicago where she lived in a brick bungalow with her parents and her  brother .Her dad, Fraser, was diagnosed with multiple sclerosis but pushed himself to provide for his family as a pump operator for the city’s water department.

Her mother Marian was a homemaker who raised Michelle and her Craig her brother. Michelle and Craig both excelled in their school and skipped Grade 2 they both attended public schools, with Michelle being chosen for a gifted-students program later on, she graduated second highest in her graduating class (salutatorian) in 1981 after serving as a member of the National Honor Society and student council treasurer.

Michelle’s father worked hard to ensure she received a good education. She got into Princeton University where she studied African-American studies and sociology. Michelle then enrolled in Harvard Law School where she graduated in 1988.

She joined the Sidley & Austin law firm – it was there where she met former US president Barack Obama. A few years into her time as a lawyer, Michelle realised that she wanted to work with people. According to the White House, Michelle became the founding executive director of the Chicago chapter of Public allies. In the mid-90s she became the Associate Dean of Student Services at the Chicago University, her work reportedly skyrocketed volunteerism.

Michelle married Barack Obama in 1992 and they’ve been together ever since. Her academic journey later led her down the path of love. She met the love of her life, former US present Barack Obama, whom she married in 1992. Initially, Michelle was apprehensive to believe in her husband’s run for the presidency. She would later become a staunch supporter as she captured the hearts of the nation and her husband proclaimed her as his rock.

Michelle’s family went on to become the first residents of colour in the White House and thus far she is still the only First Lady of colour in the United States of America. In 1998 she gave birth to their first child Malia. In 2001, the second bundle of joy Sasha was introduced to the world. Many interviews done by Michelle have revealed that she often had to juggle work along with raising Malia and Sasha while Barack conducted business in Springfield.

Sasha and Malia spent a total of eight years of their lives in the White House. A report by USA Today revealed that both of Michelle’s daughters have delved into the world of activism, Michelle became the first African-American first lady of the United States when her husband Barack was elected the 44th President of the country. The end of her husband’s second term led to Michelle staying under the radar until the release of her autobiography.

Michelle engaged in a multitude of different causes with an emphasis on childhood obesity. In 2009 she began her quest to end childhood obesity by planting a vegetable garden on the South Lawn of the White House.

During her husband’s second term as president, Michelle in an attempt to promote further education within the youth launched Reach Higher. This is a project designed to educate students on different working sectors and the skills needed to enter into those different fields, according to WhiteHouse It seems the charity work and fights for equality is something that will never leave the heart of Mrs Obama.