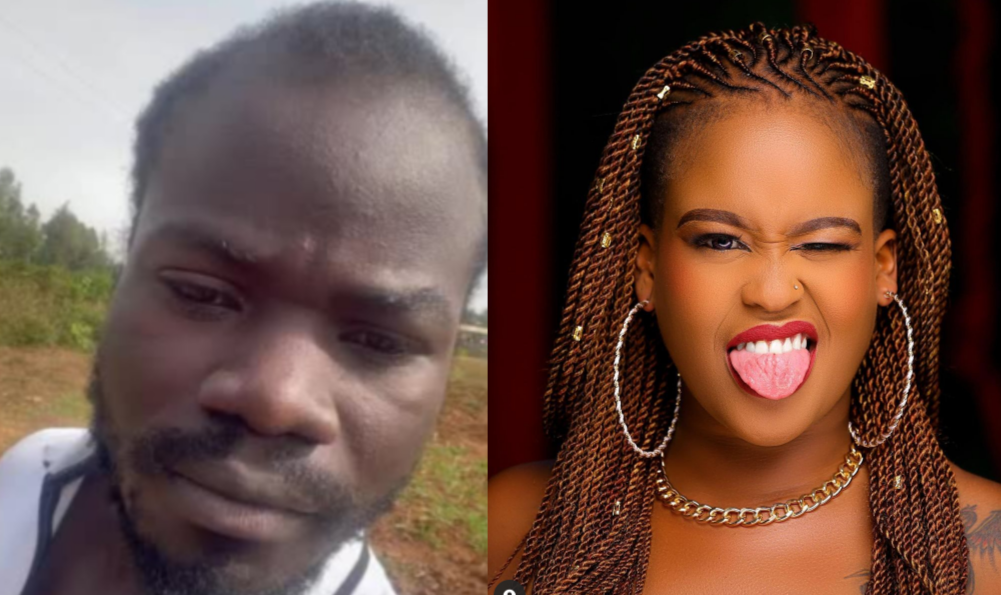 Why Comedian Mulamwah is a Bully

Why Comedian Mulamwah is a bully.

Radio presenter Kamene Goro has revealed some shocking details about her encounter with comedian Mulamwah. Speaking to Oga Obinna, Kamene exposed Mulamwah for his insensitive remarks about her.

The comedian has been disrespectful towards her and to make it worse, he downplayed it when they met physically, siting that his remarks were a joke.

Mulamwah is a bully. And he thinks just because he is a comedian it’s okay to be a bully. I didn’t know him from here to Timbuktu and back.

Mulamwah’s remarks were not taken lightly by Kamene who narrated how he has been hateful towards her to the point of body shaming.

I posted a picture, and he went and wrote something extremely hateful. I’m like bossy, hata sikujui, nimekukosea wapi. Kamene said.

The celebrated radio presenter pointed out how a lot of people troll her because of Mulamwah.

Do you know I met Mulamwah at an ongea summit like two years ago, at Sarit. We were chilling and Mulamwah comes like yoh, this is after he called me a hippo/elephant/rhino, who knows… and then said lakini unajua inakuanga tu jokes… and he never apologized. She added.

Kamene was of course not okay and shut down Mulamwah, especially since he never even considered an apology.

I was like no, I don’t like you. The year is 2022, tusha move. Ye afanye kenye anafanya but he is not a nice person.

The incident happened years ago. Can’t blame Kamene for not wanting an apology now. Especially after Mulamwah got word of the interview and went ahead to shade the radio presenter by writing on his Insta stories; ‘Kamene Kama ananitaka aseme tu.’