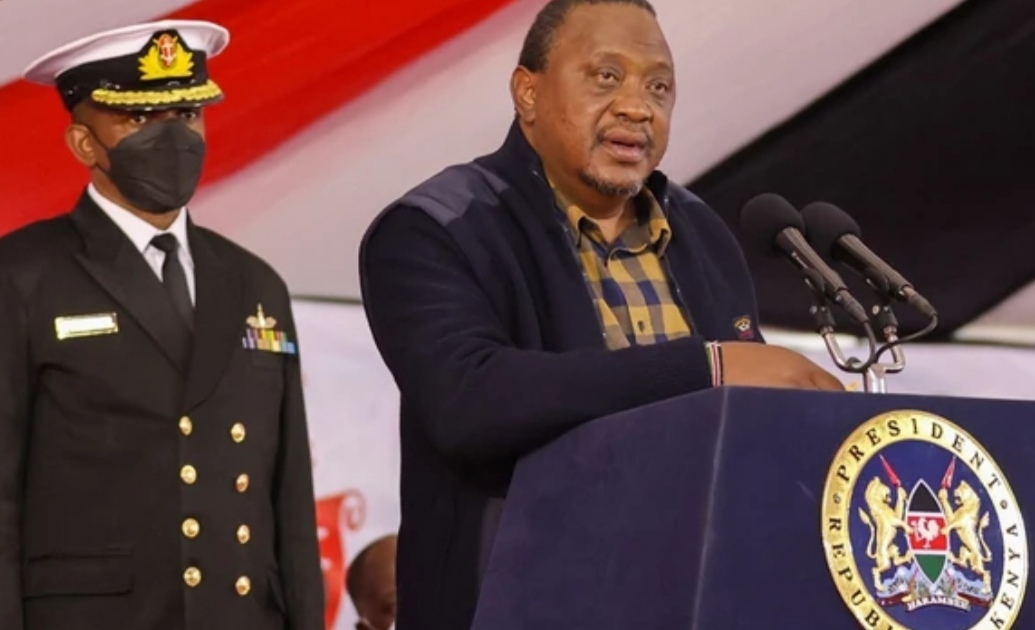 Uhuru Responds to Allegations of Being Slapped by Ruto

Uhuru Responds to Allegations of Being Slapped by Ruto.

A few days ago controversy arose over the Deputy president’s remarks, that he almost slapped, “ningemchapa kofi, ” President Uhuru during a meeting.

While addressing religious leaders from Mt. Kenya at the state house, the President addressed the allegations by quoting a famous phrase from the bible that Jesus used.

The reference came from Matthew 5:39 which states; “But I tell you do not resist  an evil person. If anyone slaps you on the right cheek, turn to them the other cheek also”

He continued his speech by questioning the audience against Ruto’s remarks that he made a mistake by participating in the handshake, asking if there has been communal violence since the handshake.