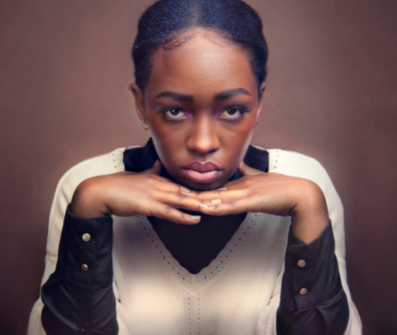 ELSA MAJIMBO BACK IN THE COUNTRY

Elsa Majimbo Back In Kenya

Elsa Majimbo Back In The Country

Elsa Majimbo was spotted hanging out in a Nairobi bar, which shocked many social media users. Majimbo emotionally had claimed Kenyans despised her because of her dark color, and the interview irritated many Kenyans.

In 2021, the comedienne announced she would leave the country while saying it was hazardous for her. Despite crying out that Kenya was perilous for her, it seems she returned to the country. Kenya, according to Majimbo, is dangerous, Dj Shinksi tweeted photos of himself and Majimbo chilling out in a Nairobi nightclub over the weekend.

Shinski and Majimbo appeared to be having a good time as they posed for the photo with another lady .Kenyans were surprised that she had returned to the country months after claiming that it was unsafe.

You mean Majimbo returned to Kenya? one person asked.

Is that Majimbo? another wondered.

After her interview with Anas Bukhash went popular online in May 2021, the entertainer enraged many Kenyans. She became a Twitter trending topic for the most part of the day after she said she didn’t feel secure in her native nation and vowed to stay away from Nairobi.

It did feel like everyone in the city is against me, she emotionally narrated.

According to Majimbo, she spent most of her time in Kenya indoors due to the perceived animosity. As a result, she temporarily travelled to South Africa but resolved not to return to Kenya.

I went to South Africa, where I was supposed to stay for four days. But, instead, I went and never looked back, she said.

She also stated that she intended to avoid Kenya and would rather go from one foreign nation to the next than return to Nairobi. Majimbo said that the animosity directed at her emanated from her dark skin.

She was full of gratitude for South Africans for their support, and she had previously posted images of her beautiful home in the nation. Her bedroom was seen with an animal skin-like floor mat and a posh study space. There was also a fireplace in the room, with a TV mounted above it.

Welcome to my SA home. she wrote.