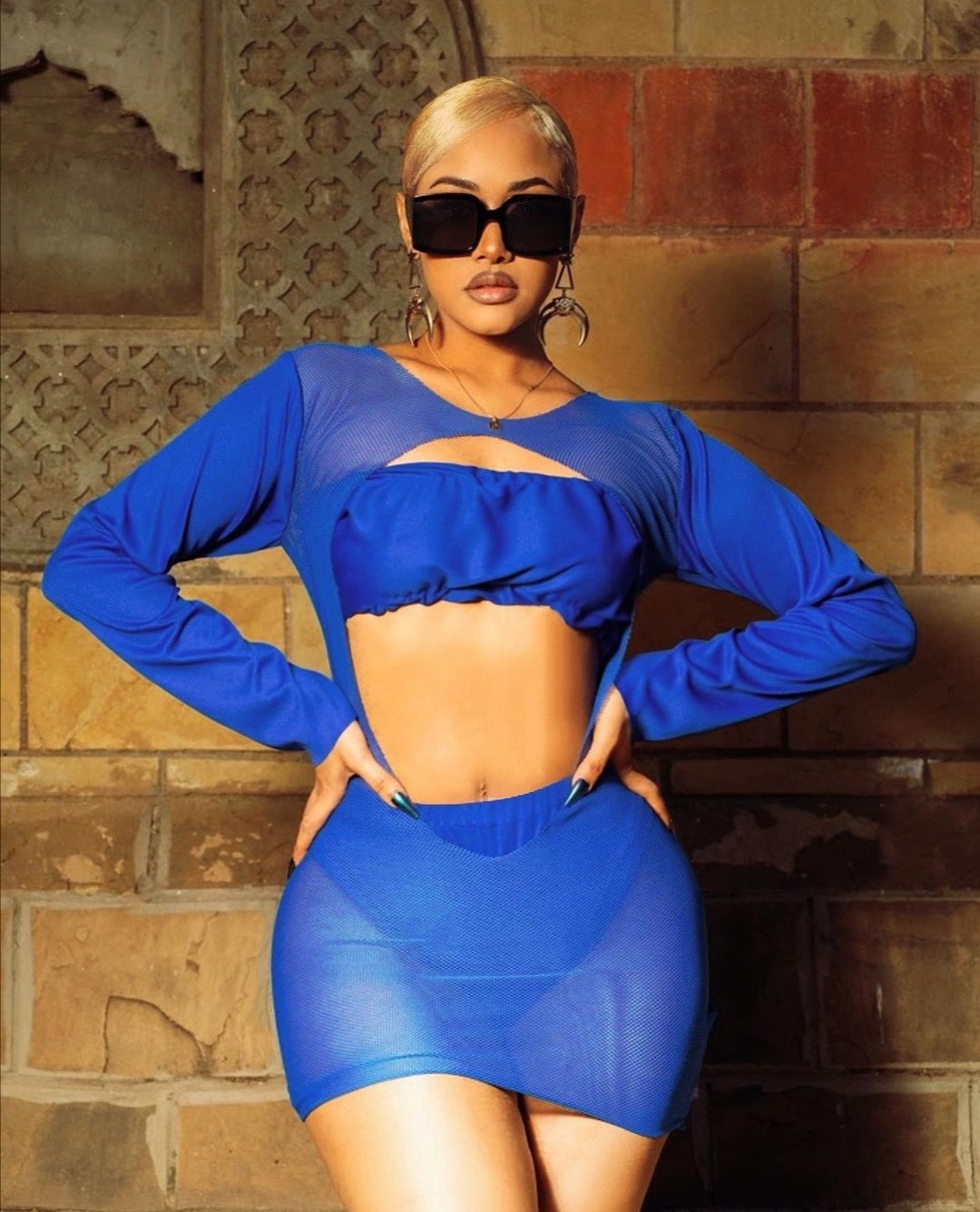 Celebrated East African artist Tanasha has been in the limelight since she was a teenager. She started with modelling to Radio presenting and with time accumulated earnings, which could afford her a car.

The news in town though is that the blue BMW that Tanasha used to own was not hers. Turns out it was actually bought by wash wash money. In an expose’ by blogger Edgar Obare, a woman sent a message to the blogger revealing some things she knew.

The woman who is supposedly Kevin Omwenga‘s ex-girlfriend told Edgar Obare that she had been dating Kevin Omwenga some time back! Mhhh… very ready to spill some tea.

Kevin Omwenga’s ex-girlfriend shared some of the secrets that Kevin had told her . He had told her that even the car that belonged to Tanasha Donna, the blue BMW was under his name. Kevin Omwenga had at one point also bought his then girlfriend a Range Rover which she said she turned down and left the relationship the next day.

She also revealed that Kevin Omwenga had a safe in his house that he could keep cash of upto Ksh 17million, and was not even bothered by it.

She did not forget to mention that the wash wash guys are not people to mess around with as they are worse that even the government.

The money fiasco did not stop there as Kevin had even earlier asked his then girlfriend if she wanted to start a business to which she refused as she did not want to be associated with suspicious money.

She added that after she had left him, is when she got word of how Kevin was killed, because he had refused to give money back to the owners.