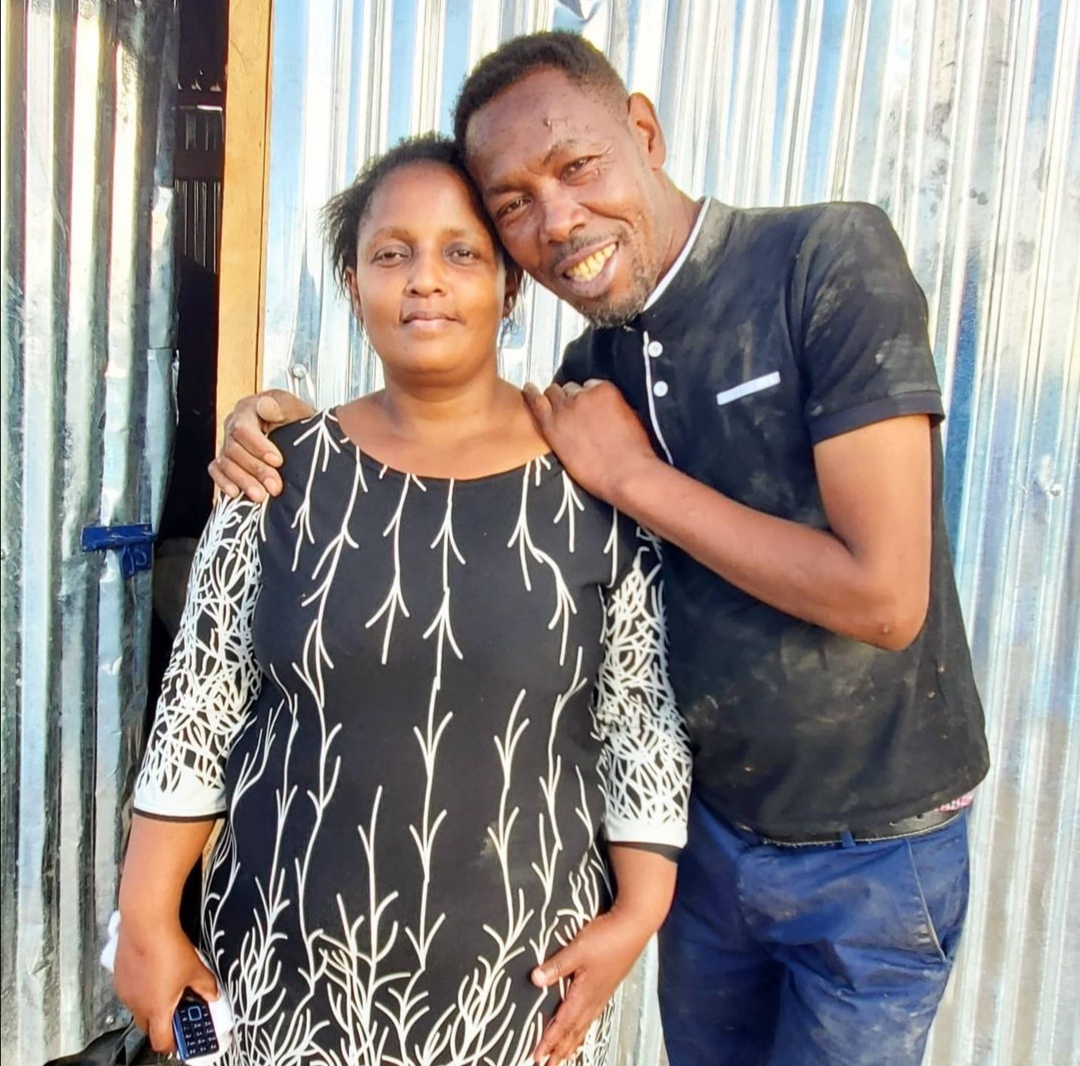 Omosh with his first wife

Wife to Omosh pleads for a house after being abandoned.

Kenyans went on social media to rant their frustrations on Omosh and his first wife, who played the role of Mrs. Ngatia in the popular show Tahidi High, which aired on Citizen TV. In an interview of the two uploaded on YouTube, the wife pleads to Kenyans to help her build a house so she can stop paying rent.

Mrs. Ngatia said she has not paid her rent of 5000 for the past 2 months and has been vacated in more than 4 houses in the past two years because she is not able to pay rent. This is not the first time Omosh is seeking help from Kenyans.

The first time he asked for help he stated that he was in debt and was not able to pay. Kenyans had come together and helped him. His colleagues in the entertainment industry had also stepped up, the likes of Jalango to answer his call.

He later came out to say that the money he had received did not even amount to Ksh1 million and was pleading to people to help him raise money again, but this time to buy a camera, lights, and a tripod for him to continue with production.

Although Kenyans were angered by what he had said, one artist by the name B classic offered to buy him the equipment. Omosh had already been offered land and a house which was built for him. The house’s plan was three bedrooms where he relocated to, apparently with his second wife.

Kenyans have been wondering why his first wife did not relocate with him since in polygamous relationships the first wife is supposed to have moved with him. The cry of Omosh’s first wife has made Kenyans angry. Some people have suggested that Omosh is asking for too much from Kenyans.

One user by the name Judy Nyanchama said ” we should just make a fund for Kenyans where we contribute monthly for Omosh. ” Another person added that

” Omosh is a pyramid scheme, please Kenyans run away when you here that name, ” John Ndalila tweeted.

Kenyans feel Omosh is taking advantage of the situation yet so many Kenyans are living in the same situation. Some listeners offered suggestions with one saying that the first wife, Mrs. Ngatia should give Omosh the kids and go out and try to figure life out just like other Kenyans.